It is one of Rio de Janeiro’s iconic symbols: the street car of the bohemian neighborhood of Santa Teresa. The “bonde”, as locals call it, is the oldest tram line in Rio de Janeiro. It is the only line from the original tram system, that was build more than 100 years ago, that is still working. Don’t miss out on it: it’s a cool ride and offers awesome views along the way. 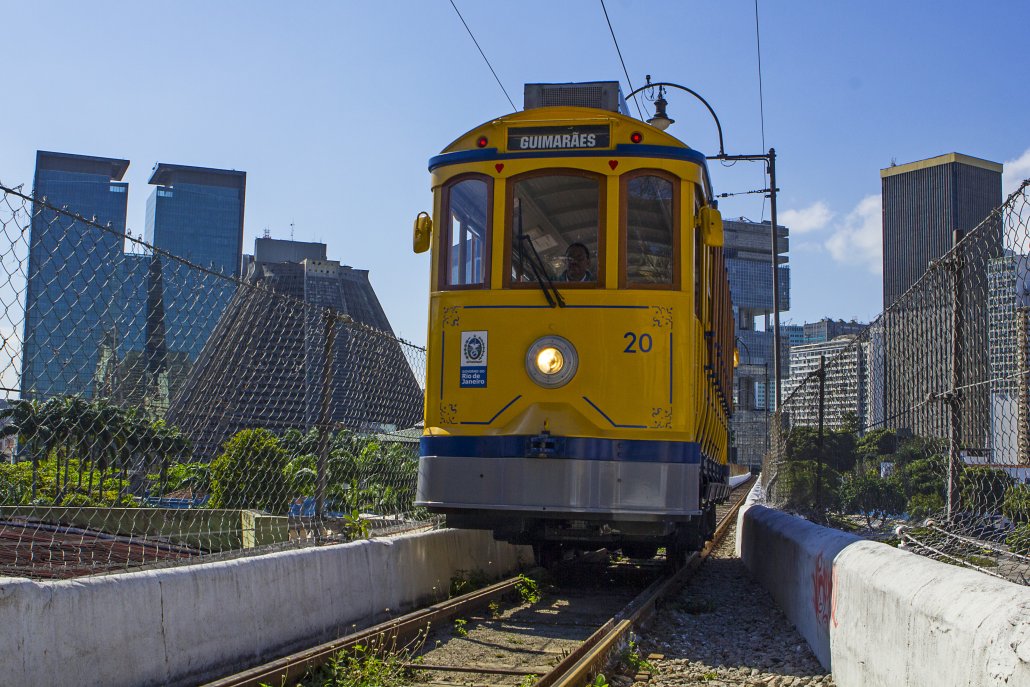 At the end of the 19th century, Rio de Janeiro had an extensive tram system that connected almost all the neighborhoods in the city. It was one of the most developed public transportation systems in the world. Unfortunately, after two dictatorships, almost nothing is left of this system. Only the tram line to Santa Teresa remains. For almost 150 years it functioned without any break, until fate hit the line.

After years of legal fights for a better maintenance program, one of the trams crashed because of a brake failure in 2011. Six people died in the crash and more than fifty people were wounded. The government shut down the tram line and it stayed closed during the World Cup in 2014 and the Olympics two years later. 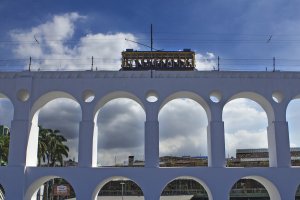 On busy days it can be difficult to hop back on the tram once you got out. That’s because not a lot of people will be leaving. The best option would be to make the round trip until you get back to Largo do Guimarães. Get of there and explore this intersting part of Santa Teresa. You can have something to eat and drink and then get back on the tram for the last part back to the city center. In case it takes a long time to find a place, there is an easy plan B or C. Largo do Guimarães has a taxi stand and quite some Uber drivers passing by that can pick you up here. Or you can walk down taking the famous Stairs of Selarón.