Rock in Rio is the most popular and biggest music event in Brazil. It takes place once every two years, with the next event planned for 2021. The event brings big names to Brazil, from the Red Hot Chille Peppers to Coldplay to Nile Rodgers, but gives also space to Brazilian musicians, local talent and even has a dance stage. 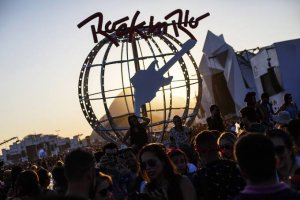 The sale for tickets start some months before the event and because of the popularity it sells out pretty fast. If you are interest in visiting Rio de Janeiro during Rock in Rio and you would like to visit, you can send us a message for us to arrange the tickets for you.

History of Rock in Rio

When the first edition was held in 1985 it became an instant success. Artists and bands like Rod Stewart, AC DC and Queen were attended by a young Brazilian audience hungry to rock. 1985 was a time when the democracy had almost returned to Brazil, the event for many came to symbolize the beginning of a new era. Around 1.4 million people attended the 10-day even that was held in an area called “Cidade do Rock” located in Barra de Tijuca.

In 1991 the second edition was enacted, this time in Maracanã stadium. Billy Idol, George Michael, Guns N´ Roses and Megadeth were some of the major attractions.

In 2001, ten years after the 2nd edition, Rock in Rio happened again. This time back in Barra de Tijuca and the so-called Cidade do Rock. Artists and bands like R.E.M., Neil Young, Foo Fighters and Red Hot Chili Peppers were among the major attractions. When the singer of Queens of the Stone Age got arrested for performing nude, it caught headlines around the world.

The event branched out and was held only in Lisbon and Madrid for a couple of years, under the same name.

Again it took 10 years for Rock in Rio to return. In 2011 the 4th edition was held, now on new grounds located just next to the old Cidade do Rock. Coldplay, Slipknot, System of a Down, Shakira and Elton John were some of the names that performed. Since 2011 Rock in Rio was organized every second year, 2013, 2015, 2017 and the last edition was in 2019.