9 fun facts about Rio de Janeiro you should know

Capital of an European country

One of the facts about Rio de Janeiro most visitors of the city (click link to get to our guide for first time visitors in Rio) don’t know, is that Rio is the only city ever outside Europe that at one point in history was also the capital of an European country. In 1808 the Portuguese royal family decided to flee from Portugal when Napoleon was about to take over Portugal’s capital Lisbon. 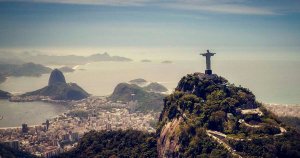 Their fleet, protected by the English, headed to Rio de Janeiro, capital of their Brazilian colony, where the Portuguese royals would stay for 13 years. In that period Rio became for 7 years the capital of the whole Portuguese empire and thus the de facto capital of Portugal as well.

The name Rio de Janeiro means literally river of January. The popular explanation for this is that when a Portuguese expedition sailed into the Bay of Guanabara for the first time, to ‘discover’ Rio de Janeiro, they thought the bay was a broad river. This was on the first day of January in 1502. However, historians are not very impressed with this explanation. The Portuguese were excellent navigators; why would they mistake a bay for a river? Experts say the word rio was preceded by ria, which in the past meant entrance to a bay, in other words: first there might have been Ria de Janeiro, which became Rio de Janeiro.

Locals are known as Cariocas

One of the little known facts about Rio de Janeiro is that people who live in Rio de Janeiro are known as Cariocas. You have the regular Cariocas, and the ones that were born and raised there, the so-called ‘Cariocas da gema’. The word comes from an indigenous language, Tupi-Guarani, spoken by the native Tupi tribes who lived in the region, before the Portuguese colonists arrived. 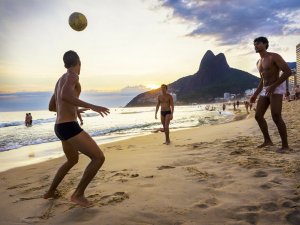 Apparently, when members of the ethnic Tupinambá tribe saw white settlers building a warehouse on the beach of Flamengo, they called the building akari oka, house of the white man. From akari oka the word Carioca was distilled and is still being used today.

The first six decades after the ‘discovery’ of Rio de Janeiro in 1502 by the Portuguese were strangely enough a bit of a French affaire. About two years after the Portuguese explorers had set foot on the shores of the Bay of Guanabara, and had left again, French pirates also made into the Bay of Guanabara. Some of them decided to stay and even married native women. The French brought back to France stories of the beauty of Rio de Janeiro, which attracted more French adventurers. The first ever built village by Europeans had a French name, Henryville. Later the French even tried to officially colonize the region. They founded an administration in Rio, named France Antartique, which existed between 1555 and 1567. The Portuguese were not amused and sent battleships to Rio. After a two years war they managed to sent the French away.

One of the facts about Rio de Janeiro people will notice, is the presence of strikingly beautiful street art. In 2010 laws were changed to make street art legal. Since then artists just need permission from an owner of a building, or a wall, and they can let their creativity and paint flow. Of course historical buildings are exempted of this. 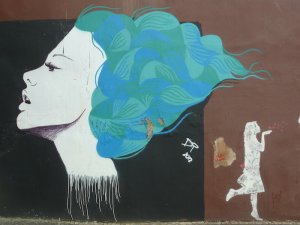 Tip: go see the mural of Eduardo Kobra, close to Praça Mauá (Mauá square), according to the Guinness book of Records in 2016 the biggest mural with street art of the world!

The word ‘beach’ has its own meanings in Rio

Life in Rio is all about the beach and the outdoors. While the Brits use the expression ‘that’s not my cup of tea’, in Rio the variation of this expression uses the word ‘beach’. ‘That’s not my beach’, is a common way to express a dislike for something, or that you’re not interested in. Also, instead of wishing a good day to someone, it is very normal to wish someone a ‘good beach’. So if you see someone, on the way to the beach, don’t hesitate and say ‘have a good beach’!

The biggest urban rainforest is in Rio

You will notice that Rio is a very green city, with lots of trees and surrounded by mountains. The city happens to have the largest urban rainforest in the world. It is officially a national park, better know as Floresta da Tijuca This protected area is the result of reforestation project done in the 19th century, an initiative of Brazil’s emperor at that time, Dom Pedro II. He wanted to restore the area, which was dominated by coffee plantations. I 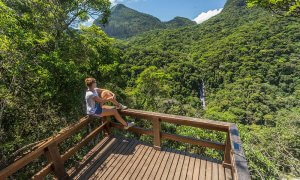 n order to avoid the erosion of the hills in the park, he closed down the plantations and started the reforestation project. Tourist attractions like the Botanical Gardens, Parque Lage, and the Christ the Redeemer statue are located in the Tijuca park area. It is a great place to do some hiking in a very beautiful rainforest.

Beer needs to be almost frozen

Cariocas have an obsession with cold beer. If you pay attention, you’ll see men cycling along the beach delivering bags of ice cubes to the bars. Ice is fundamental to keep the beer very cold, especially with temperatures rising up to 38 degrees in summer. Cariocas don’t like warm beer. Leave your beer in the fridge, and they will take it out and put it in the freezer. When the beer is about to freeze, it is ready to drink. They sometimes even keep glasses in the freezer, so the beer is extra cold when it is served.