For the real story on food in Rio de Janeiro you need to explore the neighborhood of Botafogo, says Tom Lemesurier, food blogger and creator of Eat Rio, the city’s pionering food tour. “In Botafogo you’ll find new places with exciting menus. Like Colab, with green thai curry on their bowl menu, and many other interesting dishes.” 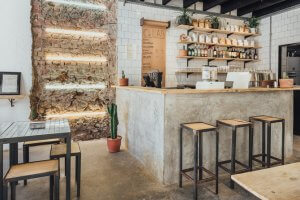 To be fair, it is not easy for a foreigner who is visiting to find the right restaurants in Rio. “You can go to Ipanema and Copacabana, where you’ll find streets full of restaurants, but many of them are just mediocre, and not cheap,” warns Tom. However, there are lots of little gems to be discovered – you just need to do some research. Tom: “But that can be a bit of a challenge if you don’t understand Portuguese.”

Some people still might say that the food scene in Rio de Janeiro is slightly conservative, especially compared to a city like São Paulo. It is true to a certain extent, says Tom, because Rio doesn’t have the same history of immigrants flocking into town; São Paulo on the other hand has always attracted immigrants. In the past they came from the Middle East, Portugal, Italy and even Japan, nowadays the city receives refugees from all over the world. 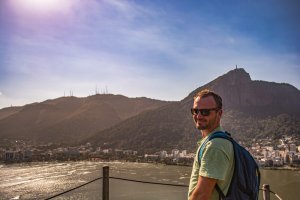 “That has an impact on the culinary scene, of course. Having said that, during the last five years Rio has been going through a change. Five years ago you count yourself lucky to find even a Heineken beer, but since then there has been a massive explosion of craft beers. You’ll find international craft beers and other locally brewed ones. It shows that the people here are taking on international trends, without copying them. Many beers here are made with uniquely Brazilian fruits and other ingredients. Another example is the organic farmers market Junta Local, where local producers sell their products. It’s exciting.”

In the next ten questions, Tom gives us some insight into Rio’s culinary scene. 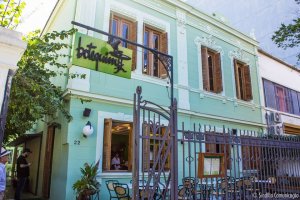 What is your favorite local dish? “There is always feijoada, the famous dish everybody who’s interested in food hears and reads about before traveling to Brazil. But I would suggest trying picadinho another classic Brazilian dish. It’s made of rice, a big meaty stew, gravy, collard greens, farofa and banana milanesa; an excellent choice. A good place to try it, is Botequim in Botafogo, an old school restaurant housed in a Portuguese style building. One more restaurant that serves a great picadinho is Astor in Ipanema.”

What is a typical Portuguese dish travelers should eat?  “Arroz de Polvo, or octopus rice, originally a dish full of stock from traditional sailors’ cooking. You should definitely eat it in Nova Capela in Lapa, a classic restaurant with typical Portuguese decoration. They probably serve the best bolinhos de bacalhau (fried codfish balls) there as well. The waiters are old professionals, dressed up in white jackets and take pride in their work.”

Food from Middle East not to be missed: “Well, not everybody might make it to Largo de Machado, but the Rotisseria Sírio e Libanesa has the best esfihas (thin, soft bread, folded into a triangle with a spiced minced beef or cheese filling) in Rio. The eatery is tucked away in a rather unassuming shopping gallery, but it is always very busy and that’s a good sign.”

The right address for Italian food: “I have to confess I’m not a big connoisseur of Italian food, but if I have to make a choice, I would say go to Flor do Céu, in Alto Leblon favela of Chácara do Céu. The restaurant is run by Italian Tobia Messa, who makes his own pasta. The place itself is great and offers awesome views of the ocean. It’s all seafood and they use fresh vegetables. Definitely a great experience if you’re in Rio.”

Food from Brazil’s Northeast: “For that you need to go to Feira de São Cristóvão, an open air market, with lots of restaurants and live music in the weekends. One of my favorite dishes is cabrito ensopado, a goat meat dish. Restaurant Maria e Getulio have a kick-ass cabrito on their menu you should try. Another great place for northeastern dishes is Barraca da Chiquita in Copacabana.”

Amazon food: “Go to Tacacá do Norte, in the neighborhood of Flamengo. Tacacá is the name of an exceptional soup from the Amazon rainforest. What really makes this dish stand out, is not the salty shrimp, but the jambu, a leaf that will leave your lips and tongue numb and tingling.” 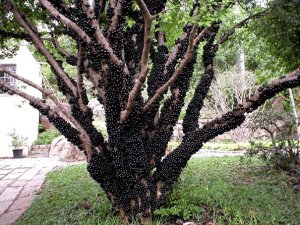 Fruit you should try: “Jabuticaba; a dark black/blue berry that grows on a tree. Very sweet and delicious. It’s also great for making caipirinhas and jam. Another fruit is the Atemoya, a hybrid fruit that is a crossing of the sugar-apple and the cherimoya, also known as the custard-apple. Makes a great ice-cream.”

Brazilian sweets or desserts: “To be honest, I find Brazil’s sweets and desserts just too sweet! People here have a big sweet tooth but for my taste, many of the ‘classics’ are too much. Instead try Romeo e Julieta, which is goiabada (sweet guava paste) with queijo minas, cheese from the state of Minas Gerais. They make a great sweet-savoury combination.”

Drinks: “Cupuaçu juice for its crazy flavor; there is nothing else like it on earth, and that is why I love it.”

Alcoholic drink: “Surprisingly Brazil produces some really good sparkling wine, mostly from the south of the country. People think there is no good wine in Brazil, but that is because you need to know which wines to invest in. In 2017, a sparkling white wine from Casa Perini was judged the best sparkling wine by a team of French judges a competition held annually by the World Association of Wine and Spirits Writers and Journalists. That says it all.”