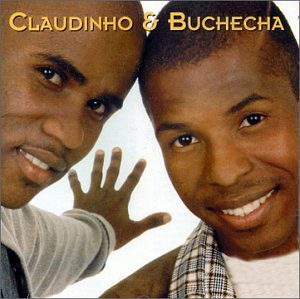 There are few topics that are hotter to debate in Brazil than the music style that is referred to as Bailefunk. In this short article I will try to explain a little about its history and why it is so debated.

“Take it up your ass, you whore! You’re not more woman than I, you aint got two pussies.” These lines are freely translated from the female artist Mc Marcelly and the song “Eu tou passando”. It’s not hard to see why people react strongly to lyrics like these, especially when you consider that young children both sing and dance to this around Brazil. If you ever have since girls dancing to it, it is not hard to see how it can create moral outrage. Texts are often about violence, sex and crime; the gender roles are archaic. Similar discussions have perhaps surrounded certain types of North American Hip-Hop music. One side see it as part of the forces of evil that are destroying society, while the other side just see it as an outlet for what is the reality for many Brazilian people. I will present a bit of the history of this form of music and also; some of my own views on the topic.

Just like is the case with Hip-Hop, Bailefunk started out as something very different from what it later would become. During the 1980’s melodic tunes much inspired by the US American Miami Bass sound, started to emerge from the favela communities in Rio de Janeiro. The MB-sound is itself a sub-genre of Hip-Hop; electronic funk rhythms typically form the foundation for melodic rhymes; this is the origin of the term funk. In the beginning the songs were often quite comical or conveyed strong social messages. Over time the music gained more and more popularity, and so did the parties; the so called bailes (En: balls like in ballroom). Since these parties took place in drug-crime ridden favela-communities, the connection between the two occurrences developed; were there was Bailefunk there were drugs and bandits. Over time this connection helped to establish a strong aversion to the music, with its largest opponent-base in religious groups and members of the middle class and up. In the mid 1990’s the music went through a process where it eventually became a music style on its own, separated from its North American relative. More and more songs were made, the lyrics became more melodic and often incorporated elements of romance and love. Bailefunk grew in popularity and spread all over Brazil, popularized in shows on national television. By the end of the 1990’s the so called proibidão (En: super-forbidden) funk had been established, lyrics in this genre are often about crime and of very explicitly erotic nature; again it is hard not to see how inspiration has come from (or at least has similarities with) US Hip-Hop.

The 2000’s is when Bailefunk became commercialized on a bigger scale, most likely the music industry had by now realized the potential in the music form; young people just loved to dance to it. The rhythm had by now become harder, the lyrics often violent and not seldom very sexual; often dealing with the harsher parts of life in the communities like sex with prostitutes, drugs and shootouts. Although social life still was portrayed, few social messages were incorporated. Some documentaries were made about the phenomenon, and artists like DJ Marlboro got invites to perform in front of large audiences. Whilst the foreign hype of the music these days has cooled down, it has gotten more and more popular in Brazil. In 2015 the music is played as much in the clubs in chique Barra de Tijuca, like on the hills of Zona Norte. When funk parties are organized in the favela Rocinha, people come from all parts of Rio to have fun and dance. Both rich and poor often finish their barbecue with some type of Bailefunk. The connection to drugs and violence has perhaps lessened since the popularization, although the texts of the so called proibidão have had a tendency to get more and more explicit. This form can perhaps be seen as the Gangster-rap of the US. Ironically perhaps, at least from what I understand, the music is not particularly forbidden at all; even though they advocate many illegal activities and openly at times support crime-factions, few steps have been taken to criminalize the actual music-form. Some times sound equipment is apprehended, but it is a lot due to that they play so loud that they disturb people living closeby. The starchest official opponents are just like in the US often politicians with a religious voter-base, Evangelist churches have a strong base in Brazil. It is distributed through clandestine channels, but so is much other music in Brazil. You can hear it every day if you want to. I would even go out on a limb and say that the proibidão is the form of Bailefunk that is growing most in popularity, and definitely not only in the favelas. Perhaps it is just because it is the music that is most frowned upon by the adult-world, and that has a tendency to attract young people.

The notion that there is a connection with black culture with roots in Africa is most likely true, the favelas where it was created have this cultural foundation. In that way it the music can be seen as an expression of culturally stratified groups in the Brazilian society, however it s often described by academics and writers as a social voice with another content; this I want to challenge a bit. When the big majority of foreign journalists decide to write only about this music form, they tend to focus on how it is a forbidden music that the authorities are scarred of. I’d say that it is a perspective that is focusing more the part of the image that is most alluring to them, but not necessarily the most interesting. Just like in American Hip-Hop the political messages are hardly there anymore, it has often been replaced with sex and violence: in this manner it less of a political threat than it is a moral and social one. Life in the favela for most people is to avoid what is described, whilst perhaps the Bailefunk of old described a more general situation for everyone living in these communities. The part authorities are more worried about these days is probably more widespread drug abuse and teenage pregnancies. In reality (in my view at least) the popularity of the raw texts have a lot to do with that they challenge the norms of society. Frustrated youth all over Brazil join cause with young men with more or less serious gangster ambitions to form the same audiences there is for Gangster-rap in say Germany. The increase in coarseness has not got anything to do with that the artists are more frustrated with the situation in the favelas today than they were twenty years ago; yes there are heavier guns and crack today, but a lot less people are actually killed in drug-wars than they were in the late 1990’s. It has more to do with that they can make more money as artists, and that it attracts big crowds to lucrative parties. I suggest a big reason why the texts have gotten more dirty and more prohibited; it is because it sells and is more popular. The prohibited nature of the music is therefore often enhanced by the artists themselves. The many people that are worried about what this music is advocating (and many are), should perhaps worry more about just why young people want to listen to it in Brazilian society today? Is there not perhaps a general move in many parts of the world towards more hard violence and open sex?

Some Youtube links is perhaps in place. So as an example of the earlier style with a clear political message is Rap do Silva by Mc Bob Rum from 1995. Here is a song from 2000 with Funkeiro da Zona Sul called Escravos do Pó Cheiravam sem Parar, it is early proibidão. This song from 2008 is with McCruel called ADA do Chuck (ADA is a criminal faction of Rio) which is clearly proibidão. Here is Mc Marcelly and the song Eu tou passando which I mentioned earlier in the begiining of the text, it is from 2010.