Nightclubs in Rio de Janeiro – All the Best Information

Almost all nightclubs in Rio de Janeiro have a system where you pay for entrance and what you have consumed on departure. In a nightclub (boate in Portuguese) you can pay 80 R$ to get in, half of that can be the actual entrance and the other half is then for bar consumption. In other words would you be spending minimum 80 R$.

They keep track on how much you have consumed on either a plastic card with a bar code or just on a paper the give you. Try to get used to this so you won’t get any unpleasant surprises. Many foreigners spend more money then they actually have, try to avoid that, it’s a real pain when it happens.

Entrance can vary a lot between men and women, in some of the nightclubs in Rio they won’t let you in if you don’t have female company, women as a rule pay less to enter. For nightclubs and clubs they insist on proper clothing, ie. no bermudas or flip-flops. Always bring a copy of an ID or a passport, without it’s likely they won’t let you in.

Fosfobox
Open: Thu-Sat from 23h
Comments: A mixed gay and alternative crowd come here to have fun on the crowded dance floor. One of the few nightclubs in Rio de Janeiro located in this part of Copacabana.
Which celebrity would go there?: Robbie Williams, Bjork
Music Style: Thursday is Rock night, otherwise Electronic and Alternative
Food: No
Dresscode: No
How much money to bring?: 50R$-100R$
Address: R. Siqueira Campos 143 loja 22A, Copacabana map
Phone: 2548-7498
Site: Fosfobox 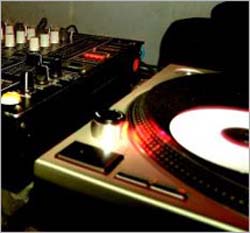 Club Six
Open: Open: Fri, Sat from 22h
Comments: Three floors, just a stones throw from the Street Party in Lapa. Gringos can often cut the line paying a little bit more. Among the nightclubs in Rio de Janeiro Six is the only one that can claim to have a Hip Hop atmosphere. The 3rd floor gets really crowded.
Which celebrity would go there?: Snoop Dogg, Rihanna
Music Style: Dance, Electronic, Hip Hop
Food: No
Dresscode: Casual
How much money to bring?: 80R$-120R$
Address: R. das Marrecas 38, Centro map
Phone: 2510-3230
Site: Club Six