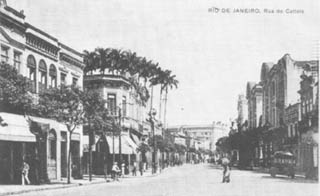 In its heyday, late 19th century.

The four areas Catete, Flamengo, Laranjeiras and Glória have quite a lot in common. They all played part in Rio de Janeiros political and cultural history. After Rio de Janeiro lost its status as capital to Brasilia in 1960 the decline of these areas started. Another thing they have in common, except for Glória that is named after a church, are the various theories about the origin of the names. They are so many and unreliable that it’s better to leave them untold.

The change of capital struck hardest here. Before it was where important people lived and there were governmental buildings and embassies in the area, today it is in a state of decay. Many of the old buildings are still here, for instance Palácio do Catete, the old President´s official residence, now a museum which is well worth a visit, the Metro station with the same name as the area is right on the main street that has many restaurants and bars. It’s decadence has a certain charm. There are two favelas in the neighbourhood; Tavares Bastes (or Torto) and Santo Amaro. 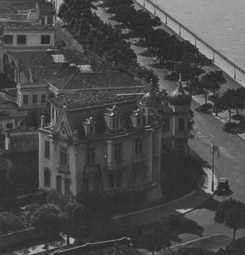 There are some really expensive apartments along the beach front, but other than that it’s mainly a middle class area. There are two main streets; R. Senador Vergueiro and R. Marquês de Abrantes. Largo do Machado (The Axe Square) is a lively place and there are many nice bars and restaurants here. The one favela is called Morro Azul. 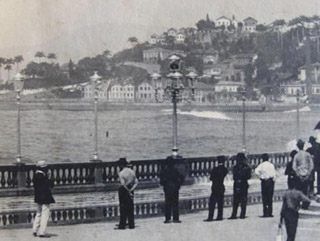 One of the older neighbourhoods in the city had lot’s of gardens and plantations, hence the name. In this mainly residential area you have a few old palaces, among them Palácio Laranjeiras, today the seat of the state government of Rio de Janeiro.

Derived its name from the church Igreja de Nossa Senhora da Glória do Outeiro. This tranquil area has some bars and restaurants. Other than that is the famous Hotel Glória, it’s here the presidents traditionally stay when they visit Rio. Another important feature is Marina da Glória, not only a harbour for visiting boats and a base for fishing trips, it also has venues for events and concerts.