Neighborhoods in Rio – From Copacabana to Santa Teresa

Rio de Janeiro is a huge city with in total around 12 million inhabitants living in the metropole. The most interesting neighborhoods in Rio de Janeiro from a tourist point of view tourist are located in or close to Rio’s South Zone, where all the well known beaches are located.

The major tourist and beach neighborhoods in Rio

The most famous neighborhood of the city is obviously Copacabana, with its beautiful hotel Copacabana Palace and beach. Next to Copacabana there are Ipanema, from the famous song The Girl from Ipanema, and Leblon for the rich and famous. All three of them are located directly at the beach and this is also where you will find the most hotels, hostels and likewise tourists. 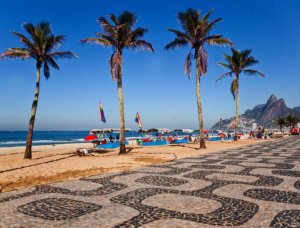 The bohemian, artistic place to is Santa Teresa, one of the oldest neighborhoods in the city, right next to the old city center. Which brings us to Lapa, the place to be if you like to party, with great samba shows and clubs. 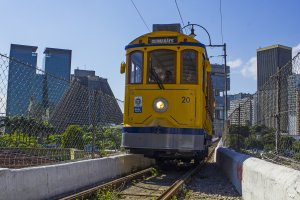 But that is not all. Those neighborhoods are also the most touristic ones. If you want to get to experience a more local vibe, the neighborhoods between Copacabana and the historic city center are the place to be. The first not to miss out is Botafogo. This hip neighborhood was voted amongst the most popular in the world and has the name to be Rio’s SOHO. Next to Botafogo on the foot of the Sugarloaf Mountain you will find tranquil and supersafe Urca. When visiting Urca you will feel like you left the city for a smaller town with a somewhat Mediterranean feel. These neighborhoods are getting more and more known amongst tourist. The real local vibe you will still get in the neighborhoods of Flamengo, Laranjeiras, Catete and Gloria. 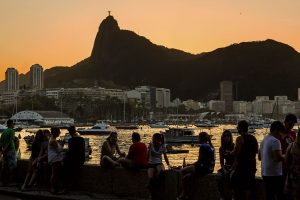 The local vibe of the wealthier Cariocas you will get in the neighborhoods of Jardim Botanico and Lagoa. You will find excellent restaurants there and it’s perfect to combine with a visit to the botanical garden, Parque Lage or a tour around the lake Lagoa Rodrigo de Freitas. 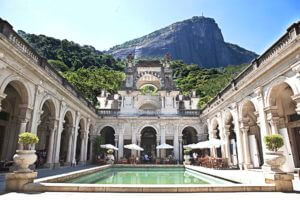 Last but not least, we have Barra de Tijuca and Recreio. This is the place where the Olympics took place and you will find the most quiet beaches, as Prainha and Grumari.