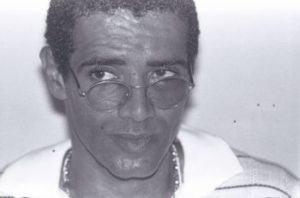 Here continues the article series about legendary outlaws of Brazil, the Robin Hoods and Dick Turpins of this country. In this text the turn has come to the Rio shanty town bandit known as Escadinha.

The Most Famous Favela Bandit

José Carlos dos Reis Encina, better known as Escadinha (Por: Little Stair), is probably the outlaw from the favela (Por: shanty town) morros surrounded by the most true and untrue stories. His time as leader of the drug traffic in the favela Juramento was followed by incredible escapes and a dramatic assassination. Here is his story.

King of the Hill

Young Zé Carlos would grow up in the Rio suburb Vaz Lobo. Born in 1956 he was the son of O Chileno, the leader of a community called Manoel Encina. His nickname he earned when the restless boy made the life so difficult for a haidresser he cut his hair so bad it came in steps, hereafter his friends called him Escadinha, the Little Stair. Already 16 years old he started to get involved in the drug traffic in the Juramento favela. Two years later he was arrested for the first time, the sentence of illegal weapon possession he escaped by paying bail. As his crime record grew over the years, his frequent visits to prison would make him meet other major players in the drug trade such as o Bagulhão (Big Needle), o Professor (The Teacher) and o Gordo (the Fat One), together they would form the first real organized criminal faction in Rio: O Comando Vermelho (En: The Red Command often abbreviated as CV). Contact with leftist political prisoners supposedly also created a small political agenda (hence the Red). By the 1980’s he became known as the most dangerous criminal in Rio, at the same time social involvement and refusal to allow children to enter his ranks he also became very popular and almost legendary in several communities.

Ilha Grande today is a tropical paradise island and a major tourist attraction; Here you can experience almost untouched rainforests, clear water and white sands. During the major part of the 20th century it housed a high security prison called Dois Rios, when political prisoners started to be kept here during the 1960’s contact was made between drug traffickers and leftist political activists. After two years as prisoner on the island, in 1983 he risked a successful escape in a rowing boat. He was only caught in 1985 in the the favela Jacarezinho, his good reputation supposedly made it easy for him to find refuge. After being shot during another escape attempt the event took place that would make him a celebrity criminal, the helicopter escape. On December the 31st in 1985 after an incredible helicopter rescue, he was brought to freedom by member of his faction. In the helicopter were among others O Gordo. He ended up back in Juramento where he assumed his old lifestyle.

Only four years later he was caught, after sentence he was now kept in the Frei Caneca prison. After a failed rescue attempt, that included hi-jacking a power station, it seems like he conformed to prison and managed a semi-open regime after accepting voluntary working for the prison administration (a quite common practice in Brazil). He quite quickly became the vice president of a taxi cooperation in Zona Norte. After refusing the offer of leadership in Juramento hos old faction members became his enemies.

On September the 23rd in 2004 Escadinha was going to work from his current prison in Bangu, when his car was perfurated by bullets from an assault rifle he was killed. Two unidentified men on a motorbike blocked the car and fired 4 shots. The crime has never been solved, some theories suggest that the responsible were the CV, others that it was internal fighting in his taxi cooporation or a criminal vendetta not related to CV at all. So ended the life of perhaps the most famous favela criminal of them all, when Escadinha died he was 49 years old.

No doubt is that José Carlos dos Reis Encina was a dangerous criminal and a public enemy, but the memory of Escadinha has been preserved in many people’s memory as something else. He is perhaps a symbol of resistance to the law and what it represents. His supposed care for the communities where he lived and operated makes him appear almost like a good bandit, a Robin Hood of some sort. In many Cariocas’ (person living in Rio call themselves Cariocas) memories he represents a distant past where bandits and a political leftist movement joined their causes. When he started out, it was in the midst of the fascist dictatorship that lasted between 1968 and 1985, the police was also a symbol of repression. How much of his altruistic nature is true can be discussed, one thing is for sure and that his life is stuff for legends. 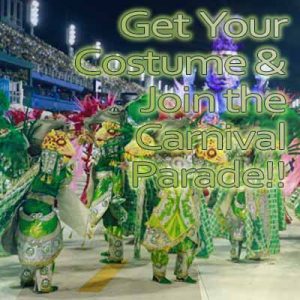