There is no way to avoid the effects of the coronavirus and Rio de Janeiro is no exception. The coronavirus in Rio de Janeiro is spreading rapidly, and its impact will increase in the coming weeks. This number of infected people is growing and the government is taking serious measures to try to control the virus. Since almost all the news in Rio and Brazil is in Portuguese, which most Gringos don’t understand, we will regularly update you here about the situation in the city.

(Last update: 31st of March in the morning) 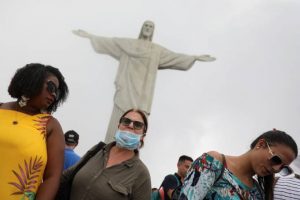 What is the current situation of the coronavirus in Rio de Janeiro?

At this moment the number of people that are identified as infected with the virus is still relatively low compared to countries in Europe and the US, but this number is increasing. The total number of infected people in Brazil you can find here. However, it is more relevant to look at the total number of infected people in Rio, since most of the infected people in Brazil are located in São Paulo and Rio. On the 31st of March there were 657 confirmed cases in Rio, 18 persons died of the effects of the virus and another 48 deaths are under investigation. How the cases are spread over Rio you can see here on this map of the city government. The state and city government have taken drastic measures in an attempt to control the virus.

From Saturday the 21st all foreigners from Europe and Asia are not allowed to enter Brazil anymore, for the next 30 days. All the borders with neighboring countries are closed as well. Americans are still allowed to travel to and from Brazil.

What about the Christ Statue and the Sugarloaf Mountain?

The main tourist attractions, including the Christ Statue and the Sugarloaf Mountain are closed until at least the 1st of April. The same goes for the Stairs of Selarón. It is possible to see it, you can take a photo of it (without tourists, which normally is impossible), but there are fences placed in front of the stairs. So it is not possible to get on the stairs. Other places like the Tijuca Forest, the library Real Gabinete Portugues de Leitura and the parks Jardim Botanica and Parque Lage, are all closed as well. The tram of Santa Teresa is not working either. All these measures are at least in place for the next to weeks. 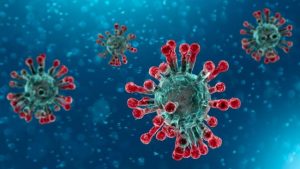 only to Rio de Janeiro.

Can I still go?

It is still possible to go to Rio de Janeiro, only by car. However, the state government forbid all flights from other countries and states, which was overruled by the National authority. All buses and vans with connections to other states with cases of the coronavirus and cities within the state, but outsides the Rio metropolitan area are cancelled. That said, there is nothing to do for a tourist in Rio at this moment. As you can see by the list of measures we just described and the drone video below, that was shot on Sunday the 22nd of March. The only reason to come to Rio at this moment is to catch a flight back home from Rio, if that is still a possibility for you. As much as we love to invite many tourists to our city and show you around, right now we advise you to stay home or go home. Save your money, postpone your trip and please come to Rio when this crisis is over!

Can I still leave?

Yes, you can. There are still (some) flights leaving Rio. We don’t have an exact update on which flights and airlines are still operating. However, more and more messages reach us that flights are fully booked, getting cancelled or getting really expensive. We advise you not to wait if you want to leave. Check the current status and possibilities to leave with your airline if you want to leave earlier. More information about restrictions regarding entry and exit of countries you can find on the IATA website.

The general level of healthcare in Rio is good, but the system is vulnerable. When you have a (travel) insurance we advise you to go to a private clinic. More information you can find on our page about hospitals and pharmacies. Like in other countries, we should prevent a situation where  there are too many infected people and there is no sufficient healthcare (doctors, IC beds etc.). That is why the government is taking these measures. There are a lot of IC-beds in Brazil, bust most are already occupied. Extra IC beds are being prepared right now and the army also started building extra emergency capacity.

The guidelines on when to see a doctor or go to a hospital are pretty much the same as in other countries. When you have a cough, fever and problems with breathing you should immediately see a doctor and wear a mask to prevent transmitting a possible virus to others. When you just have light symptoms (a simple cough for example) don’t go to a doctor or hospital, because they will send you away. In any case try to obey the rules and advises of the government described above and the following guidelines for your own safety and that of others:

Stay safe, and come (back) when the crisis is over

Last, but not least, we would like to say: stay safe and come (back) to Rio when this crisis is over! Right now Rio has nothing to offer you, but normally there are many great things to discover in this Marvelous City. When you are sitting home and get bored, take a look around this website, read our blogs and dream away about a trip to Rio in better times.

If you have any questions about the situation, just leave a reply, and we try to answer it.